THE 24 HOURS OF LE MANS RACE

It’s like a temporary city. The TV Compound for the 24 Hours of Le Mans race might also be compared to an ant farm. Around our trucks, a forest of modular buildings and tents house everything from the main production centre, the master control room, to the areas dedicated to HF, streaming, slow motion, machinery, stocks, break rooms, bedrooms and catering spaces... In the middle of these facilities, cables, scooters, quads and a large number of pedestrians cross paths. Let’s take an inside look at what remains of one of our largest setups.

Opposite the Millenium Signature 12, which sits proudly at the centre of the TV compound, is a modular building and a little door bearing the single word “Production”. Behind this door is what might be described as the nerve centre of the operation. An open space with some fifteen work stations, PCs, printers, and walls covered with charts, race maps, lists and schedules. It’s a place of relentless activity and endless comings and goings.

Production Director Alexis Hulin explains, “The most difficult thing, when you’ve been providing a service every year for more than fifteen years, is to avoid routine. There are lots of things which change, but we naturally fall back on our habits for greater efficiency. The cursor has to be in the right position. This service is a precision mechanism, which we’ve been working on for many months with our client ACO. There’s a high level of trust, and people are really counting on us to ensure that everything goes without a hitch. So it’s equally important to manage the logistical and technical aspects and to ensure the comfort of everyone working for us here.” Indeed, around 300 technicians are involved in the operation, many of them part of teams which return year after year.

In the trucks and all the buildings in the area, people are working non-stop. Amid the endless movement, and the conversations in many different languages, the Le Mans teams are a tribe. From this TV Compound, they fan out towards all sections of the circuit on foot or by means of the 25 scooters, five quads or one hundred vehicles available on site.

In terms of the setup, it continues to evolve every year under the direction of producer Olivier Denis. As in 2017, the main production centre was not in a truck but in the remote Media Control Room of the Millenium Signature 12 adjacent to it. There is more generous space here, and the viewing and slow motion stations can therefore be concentrated in the truck. The Millenium 5 processes the private Eurosport feed (International, France and Spain). The Extender 5, for its part, centralises RF management, while an iCar takes charges of recording ACO’s Friday morning press conference. In all, there are 45 cameras arranged along the circuit, and 16 racing cars fitted with three of four cameras each. A “cable cam” and a helicopter also provide aerial images for the programme. 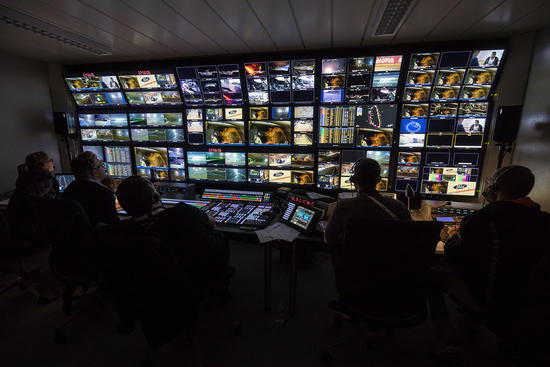 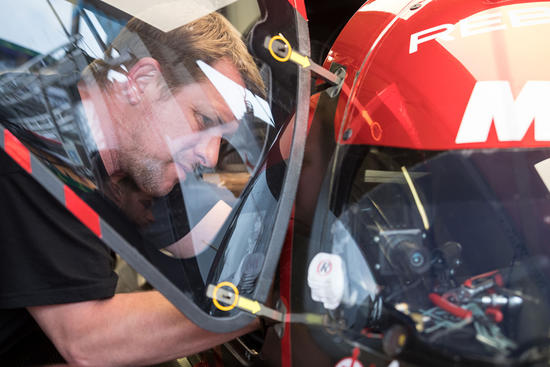 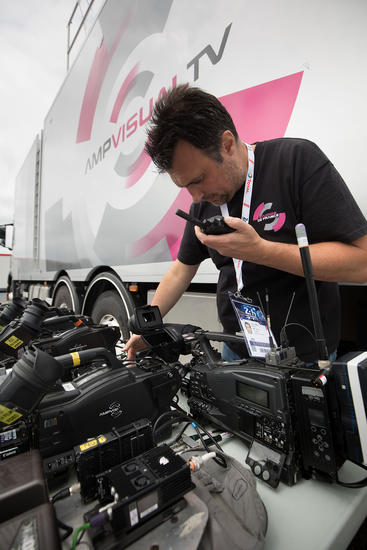