On the occasion of the Euro 2016 starting 11th June, during one month AMP VISUAL TV will deploy its OB-vans for the production of the International Signal in Lyon and Saint-Etienne stadiums on behalf of UEFA.

AMP VISUAL TV will also support all private signals for TF1 and M6 (french TV channels) regardless of the stadiums (with a technical increase depending on the results of the French team and the progress of the competition), these broadcasters having obtained the retransmission of 33 football games including all the finals. AMP VISUAL TV is the only French provider to cover the competition in Ultra HD (4K / UHD) with 2 final matches taking place in Bordeaux and Lyon. Moreover, our studios in Paris will host beIN Sports' journalists for a daily programme throughout the competition, from 8:30 pm to 10:30 pm.

The Millenium Signature 10 will be in Lyon for the production of the International Signal, as well as the Millenium 2 for private signals and FANtertainment. In Saint-Etienne, the Millenium Signature 11 and Millenium 8 will be present. Two other OB-vans will be dedicated to TF1 and M6. The technical device for the International Signal offers 46 HD cameras and 16 LSM servers. We will add 4 cameras for private broadcasters TF1 and M6 (in addition to the multilateral signal) and 3 for FANtertainment. On both stadiums, AMP VISUAL TV has a permanent team dedicated to each vehicle ("Core Crew") consisting of an equipment manager, a sound engineer, video assistants... and a mutualised team ("Tech team") that moves between the two stadiums without organizational problems, the matches never taking place at the same time.

A premiere, AMP VISUAL TV will introduce the all new Ultra-HD Millenium Signature 12 OB-truck at the quarter-final match in Bordeaux, as well as Lyon for the semi-final. The coverage equipment consists of 15 cameras (Sony HDC- 4300), a helicopter, an aerial travelling camera and 1 Steadicam shared with HD production. It will be one of the first benefits of the latest flagship of AMP VISUAL TV's OB-vans fleet after the 24 Hours of Le Mans 2016.

Central point of the communication device around the Euro 2016, the International Broadcast Center is housed at Paris Expo, Porte de Versailles. In this venue where thousands of journalists and correspondents are to be welcomed, AMP VISUAL TV will deploy a dedicated 4K UHD mobile TV graphics unit for TF1 and M6. A soundproof booth will host commentators in order to follow the live matches.

The international signals from different stadiums will be enriched with synths (logos, titling...) via a new IT software solution including an integrated 4K recorder. A Riedel Mediornet infrastructure will route the various signals to TF1 and M6 network head-ends. 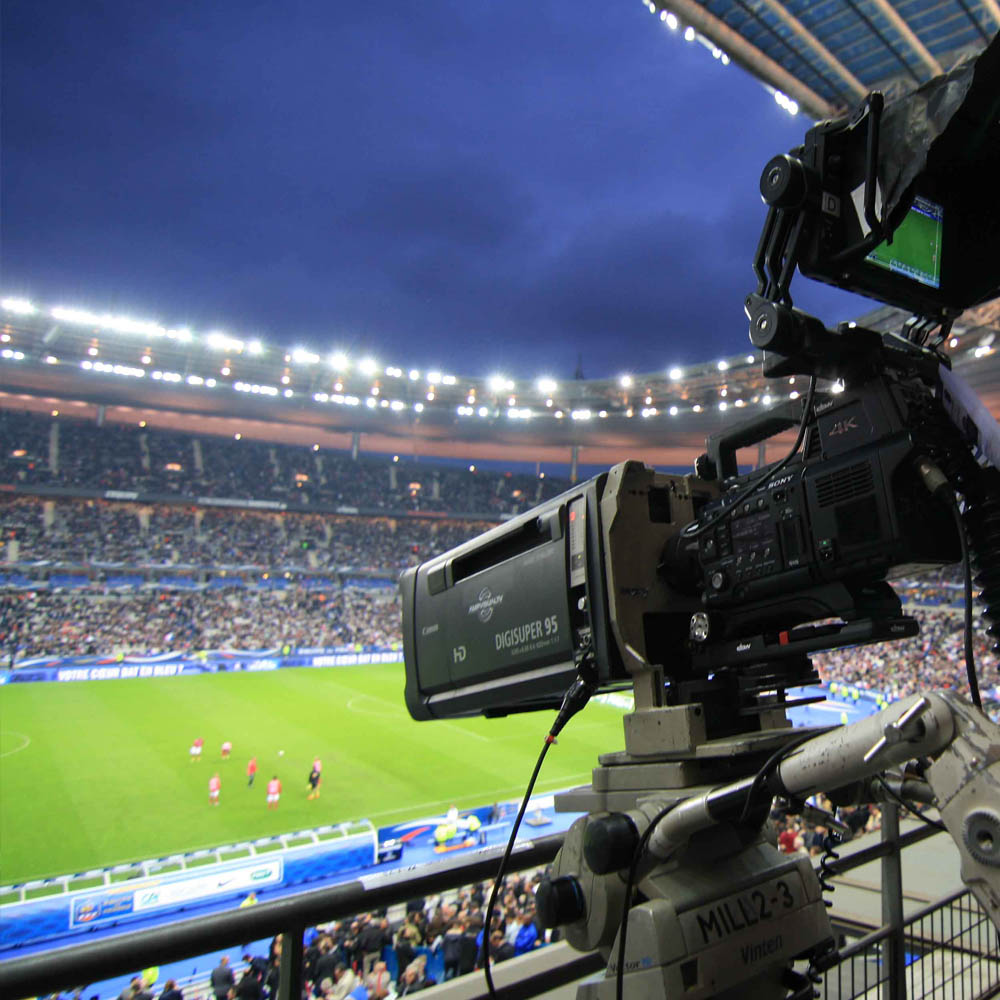